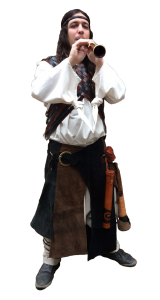 He has been educated as a musician in the High School of Musical Studies Taller de Músics of Barcelona, so he owns more than 20 years of experience in the world of music. Thoughout his career he has managed a lot of groups and projects from different fields and styles which have led him to perfom all around the iberian peninsula and Europe such as the Companyia Festinamus (music and drama) or Tankats&Banda (percussion). Moreover, he has participated as a musician in La Banda del Surdo (percussion), Percuter’s (percussion), Xirimitabal (folk) and other rock ensembles as a vocalist (Viodeomapping Rock Experience, La Banda del Mariscal, The Manyacs).

At the same time, he teaches courses and workshops of “gralla” and percussion, as well as singing classes, basic music theory and harmony. He is also technical of special effect at the Gredi FX company. 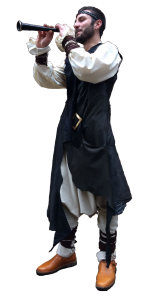 He has an experience of more than 20 years in the world of music ans street show and has taken training workshops and “gralla” technique from Pan Puig and Jordi Comas (Peligru) and has worked as a musician in professional ensembles such the Companyia Festinamus (music and drama) and also in entertainment associations such the Colla Gegantera de Ribes de Fresser, (pageants and street shows) performing in both cases all around the iberian peninsula as well as thoughout Europe. 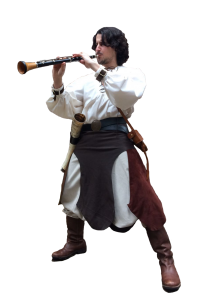 He plays a wide variety of instruments but his speciality are the wind ones. He has been educated in several classical music schools since he was 9. Then, he has studied jazz at the Conservatory of Music in Granollers by the hand of the renowned saxophonist Llibert Fortuny. As far as the entertainment world and street show is concerned, he has participated in projects such as Graiatus (medieval music) or the Festinamus Company (music and drama) with whom he has performed along the mediterranean. At the same time, he has taken part in static groups such as the Young Orchestra of La Selva, the Amethysta Choir and some projects of funk, rock or folk. He also teaches saxo and basic music theory at different schools of the Vallès region. 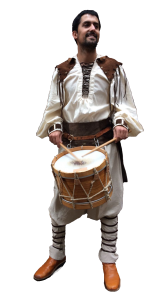 He studied drum music at the Centre de Formació Artística del Teatre Clavé de Tordera, the School of Music of Sant Celoni and the School of Modern Music of Badalona. Currentlly, he participates as a musician in the shows of Xarop de Canya (shows and street music), as well as in the Graiatus group (medieval music). He has previously, taken part in musical projects such as The Corkscrew, UMA, Sant Celoni Orchestra, the children’s show “Les Gotes Màgiques” (the magic drops), Calluada, Folk Laietà and has been a founding member and director of groups as Batucada Tigers. 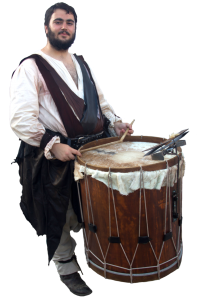 Experienced percussionist specialized in hand and ethnic percussion. He is self-taught and has completed his knowledges with experienced professors such as Dave Boston, Babara Bangoura, Andreu Revilla, Dembele Sidiki or Mykendra Hanna. He founded the medieval band Graiatus as well as other bands like La Charlatana (swing), Folk o Barbàrie (folk) and Samba Cajón (Brazilian fusion). Furthermore, he has played in other groups such as Xarop de Canya, Caliuada or Batucada Tigers. 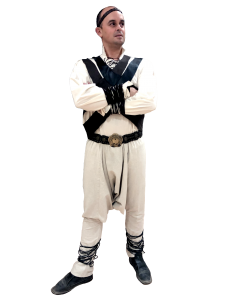 Graduated in Mechanical Engineering and also in Architect, he has attended Ballet and Jazz for more than 5 years at Maribel Bover Dance Academy. He was percussionist in Festinamus Company, where he has made some collaborations in stage designer. In addition, he organizes and promotes social events with high attendance. Previously, he has been working in a paper group as a commercial director. However, he has always been linked to many theater companyies, like 2de10 or MasMedia Produccions, where he has also collaborated as actor.